After Quiet Deadline, Projecting the ’22 Birds

The 2021 trade deadline has come and gone. Freddy Galvis was reunited with Philadelphia, but Tanner Scott, Paul Fry and Cole Sulser, among others, are still around. With that in mind, here’s my attempt at projecting the 2022 Opening Day roster as we currently stand prior to the offseason.

Means figures to be the only lock for a rotation spot. Aside from him, Zimmermann has a strong chance if he can build on some solid outings he had before going out with a bicep injury in mid-June. Past those two, the remaining spots are up for grabs. If Harvey can keep his July going through the rest of the season, he could easily be brought back on another one-year deal. Alex Wells, Watkins, Kremer, Akin and Lopez could snag a spot with strong finishes to the season. In Kremer’s case, I think the team really wants to make it work with him as a starter. He’s getting the chance to reset himself in Triple-A, and will likely be given another chance in the major league rotation late this season or in 2022 before moving him to the bullpen full time.

In the bullpen, Tyler Wells, Hunter Harvey, Scott, Fry, Sulser and Tate should be the carryovers from this season. Harvey again couldn’t escape injuries this season, but the other five are having, for the most part, good enough seasons to earn a spot next season. Veterans Plutko, Lakins and Valdez are all still under team control and could be brought back.

Baumann, Lowther, Mattson, Bradish, Smith, Peralta, Diplan, Vespi and Knight are some current minor leaguers looking to make the Opening Day staff. Baumann is having one of his best seasons as a minor leaguer and was recently promoted to Triple-A. Some project him as a back end of the bullpen type of arm. Lowther, Mattson, Diplan, Knight, Peralta and Vespi could also be bullpen options in 2022, while Bradish and Smith should get a chance at a rotation spot whenever they reach the majors.

The last name worth mentioning is Rodriguez, who’s regarded as the top pitching prospect in all of baseball by several publications and sports a 2.91 ERA in Double-A. His chances of being in the majors by Opening Day next year are slim, but he could push for a spot if he gets a promotion to Triple-A, dominates there, then puts together a nice spring training.

The catcher conversation is completely centered around Rutschman. The 23-year-old still has yet to earn a promotion to Triple-A despite tearing through Double-A. There’s a debate to be had whether the lack of a promotion is due to the organization wanting to keep him working with Grayson Rodriguez, or simply wanting to take his development slow. If the former is the case, then Rutschman could end up spending very little time in Norfolk and be on track to make the 2022 Opening Day roster. If the latter is true, then Rutschman would likely start next season in Norfolk and debut early next summer. At this rate, it’s becoming harder to believe he’ll start Opening Day. If that was the plan, you’d think he’d be in Norfolk this late into the year.

Past Rutschman, Severino and Wynns are the likely options to be the stopgaps and then eventually backups. Wynns is the prototypical defense-first catcher with very little to offer at the plate who would serve as a nice backup option to give Rutschman rest. If Severino sticks around into next season, it’ll be because his hot bat in July carried over into August and September. Similar to Severino, Cumberland is also known as a bat-first catcher with a .764 OPS and a 115 wRC+ in 59 games at Triple-A this season at 26 years old. However, if Wynns and Severino are still around, he’s on the outside looking in for the Opening Day roster.

Mountcastle is on his way to garnering AL Rookie of the Year votes and Mancini, after not being traded, is having another solid season at the plate (.812 OPS, 122 wRC+). The DH and first base spots should be taken up by these two, barring an offseason Mancini trade. Ramon Urias put together a very surprising month of shortstop play in Galvis’ absence, slashing .305/.371/.421 with a 123 wRC+ and a 0.9 fWAR, 10th among MLB SS’s since June 27 when he was called up.

Jones figures to be the primary second baseman to start next season. The 23-year-old has a .818 OPS in Triple-A this season as he’s worked to improve defensively at the position.

That likely leaves two spots available, and I’ll go with Nevin and McCoy. Nevin has been a productive hitter in Triple-A and already made his major league debut earlier this season. He’s played 27 games for Norfolk at first base, 18 at third base, 11 in left field and nine in right field, so he could compete for the third base spot if a free agent isn’t signed to fill the hole assuming Maikel Franco is not brought back. The last spot was a toss-up between McCoy and Bannon. Both are having below average years at the plate at Norfolk, but McCoy, 26, is Rule-5 eligible and the team probably wants to see if there’s anything there.

Both Gutierrez and Leyba failed to take advantage of major league opportunities this season and should serve as depth options in Triple-A if both are brought back. Vavra and Dorrian are interesting names to monitor, but both are still in Double-A. Dorrian has a .889 OPS, 140 wRC+ and 15 home runs at Bowie, so a promotion could be in store soon. He’s likely ahead of Vavra in major league ETA, as Vavra has dealt with a back injury that’s kept him out since early June.

The veteran Valaika is still under control and could be retained, and Davis is obviously still under contract for next season, but the team has progressed past the need for his services. He would only be taking away playing time and opportunities from Mountcastle, Mancini or an outfielder. I don’t know how they could realistically do it, but the front office has to figure out a way for him not to play.

The major league outfield was the easiest to project. Mullins is playing at an MVP level and Hays has been more than solid as well when healthy. McKenna has proven to be sound defensively and on the base paths and has come along enough at the plate to at least be a fourth outfielder.

Santander is in the middle of a disappointing season following a nice 2020. Once thought of as a trade chip, his poor play along with an ankle injury that sidelined him for a month killed any value he had, and his future as a middle of the order, slugging corner outfielder is dwindling as the minor league outfield depth grows.

Stewart and Diaz are among the most disappointing Orioles in 2021. Stewart has done nothing to prove he belongs at the major league level, and it’s been another injury-filled season for Diaz. I’d be shocked if either started 2022 on the Opening Day roster. 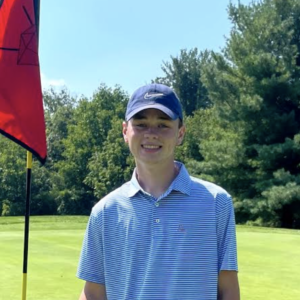