Will Crackdown Put Means in a Sticky Situation?

Major League Baseball’s newest memo outlines a 10-game (with pay) suspension policy for any players caught using foreign substances or grip enhancement. The policy is in response to the growing concern around the league surrounding the use of different substances by pitchers to obtain a better grip on the baseball, resulting in better overall pitching performances and an even deeper disadvantage for hitters.

The virtually toothless measure is likely just the first step in MLB taking a stand against pitchers using substances. In the league’s rightful push to create more batted ball events, allowing pitchers to maintain an even further advantage over hitters seems counterproductive.

Along with the game’s natural evolution, a collision has been imminent ever since Trevor Bauer (a longtime opponent of foreign substances) decided to humiliate the league’s indifferent approach to substances by using a shortened season and jar of Spider Tack to secure himself a Cy Young Award, not to mention a $102 million contract, in the process foot-stomping his long held point that substances turn good pitchers into great ones.

But not all grip enhancements are created equal, nor are they used by pitchers in the same way. Various blends of rosin, sunscreen, pine-tar, boiled Coca-Cola, and even dirt are used by a majority of pitchers to get a better feel on the baseball. A better mating of leather and skin results in more confidence in control, and less Kevin Pillar-style facemask requirements.

Other substances like Spider Tack practically adhere the ball to your hand. They produce a much bigger advantage and can often be identified by a sudden spike in a pitcher’s spin-rate. Typically a three to four hundred RPM increase is a tell-tale sign that a pitcher is using serious tack.

As the league elevates its penalties and enforcement, it may take some time to tell how much, if any, substance has been involved in the development of Baltimore’s young arms. Where we could see some effects sooner, is with the Orioles’ ace, John Means.

At times this season Means has been less than discrete about going to the glove in games. But there’s absolutely nothing in the numbers to suggest that it’s been anything more than to simply get a better feel on his pitches. His spin rates across all pitch types have been fairly consistent since 2019. Even the minor increases seen in 2020 were more consistent with confidence, development and mechanical tweaks than the drastic spikes typically seen when a pitcher starts using serious tack.

Nevertheless, like a lot of pitchers across the league Means may have grown accustomed to the current environment. How much MLB’s crackdown will affect these pitchers remains to be seen. While there is a physical component here, I can’t help but feel that the biggest advantage guys like John Means get from a better grip is mental. Having confidence in your pitches directly correlates to their long term success. You start having guys second guess that or who aren’t able to get a good feel on the baseball and you’ll see new problems arise.

The goal should always be fair, quality play. Yes, it’s absolutely going to take managing the hitter’s disadvantage and getting more baseballs into play to grow the game. No, that shouldn’t come at the complete cost of quality/safe pitching. There’s a balance between both worlds here, but like most changes in baseball we’ll likely have to suffer through a few really stupid rules, while we hammer out what works and make it stick. 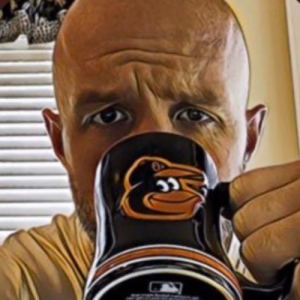