Who are the “Mysterious Five” Potential O’s Draftees?

It is time for the baseball scouting world to entirely focus on the 2022 MLB Draft. The draft will be held on July 17th as MLB seems to like the draft during the All-Star Weekend festivities.

The Draft is a fickle mistress for MLB teams. The hit rate for First-Round picks is extremely low, while the bust rate is high, and a good majority don’t work out. The advancement in technology has undoubtedly helped font offices have a defined vision compared to the past, but it still doesn’t mean that the Draft isn’t what it has always been: a glorified crapshoot.

With that said, the Orioles put a ton of stock into this Draft process. They have had a top-5 pick in each of the years that Mike Elias has been in charge. This isn’t surprising, but it explains how vital the Draft is to the Orioles. Most of the top prospects on the field /minors have come from the Draft, and the results have been hit with some misses. This again isn’t surprising, but not every pick is a superstar, and sometimes a player a team selects in the fifth round winds up having a better career than the prospect that got chosen as a top-5 pick; this happens so much some just consider it a given to occur.

Enough of the doom and gloom. I just wanted to show how complex the Draft can be. It is time to move forward and look at some options for the Orioles when they are on the clock on July 17th. It can be hard to get info out of Elias because he plays things close to his vest and doesn’t let rumors get out. We do know that the Orioles have limited their options to five prospects. We don’t know who, but with a couple of educated guesses, here are the names of the options I am calling the “Mysterious Five.”

These are the names; now, let me break them down and why they are in this group.

If you follow any kind of media from the 2022 Draft, this is the main name you’ve probably heard. Jones is the son of former Braves all-star, Andruw Jones. Druw shares some similarities with his father, mainly on defense. Druw is an 80-tool fielding center fielder with a 70-tool arm. He also has speed and athleticism with his plus defense and arm. Druw will stick in center as he gets older and adds more mass and muscle to his slender build.

Druw’s bat is his most significant question mark. He has a line-drive swing instead of a more modern uppercut swing that most stars in the majors have. A major league development system should be able to help him fix his swing and tap into his power. This, mixed in with Druw adding muscle to his tall frame, should allow him to reach his full potential. Druw also has bat speed with his current swing; he just needs to get under the ball more and add weight, which is possible because he is only 18 years old. Druw has been consistently going to the Orioles in most mock drafts that can be found online, and it makes perfect sense. He has such a high ceiling because he is so good defensively that scouts and most likely teams are willing to wait for his bat to come around.

He reminds me of Byron Buxton as a prospect. If I were a GM, I would personally take Jones with the number one pick; I don’t care about the price. If the Orioles take Jones at 1, I have little to no doubt that they can fix his flaws and make him into another piece to this rebuild.

Will they? At this point, I don’t know. Elias likes to spread his money around the board. He can’t do that if he takes Jones because he will probably take up the majority of his slot bonus. Jones is the most talented prospect in this class, and I hope he is an Oriole in July. 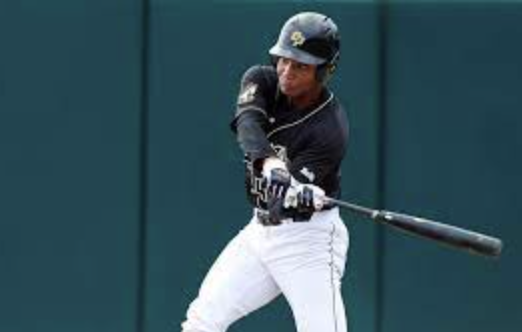 If you like projectability, then Elijah Greene is for you. The Orioles have been doing their homework on Greene as their scouts were spotted at his games. Another son of a former star pro athlete, this time Pro-Bowl tight end Eric Greene. Greene is built like an ox, with a filled-out build. He’s also insanely strong and has a powerful uppercut swing that can launch baseballs. Greene is an elite athlete who can run the bases very well and translates that to the field, though he does have concerns over his plate discipline. Greene had a lot of issues dealing with high heat last showcase season and also had trouble picking up the spin of breaking balls. This isn’t good because high schoolers that struggle with issues like this have a very high rate of not working out because they can’t keep up with the pitching at an MLB level.

Another flaw that I see is that Greene has already started to fill out his body, and it doesn’t look like he will stop putting on muscle. While this could be a positive, Greene is already filled out, and he is getting stronger and bigger every day, which could make him slow down a lot faster than someone like Jones. How much of Greene’s current elite speed will remain if he starts to get bigger? The same can be said with his defense as well. While Greene does have a good throwing arm and could easily fit in a corner outfield spot, The Orioles have plenty of corner outfielders.

Greene is a talented prospect, no doubt, but his discipline concerns and his speed slowing down due to his powerful build, make me put him just behind Jones. 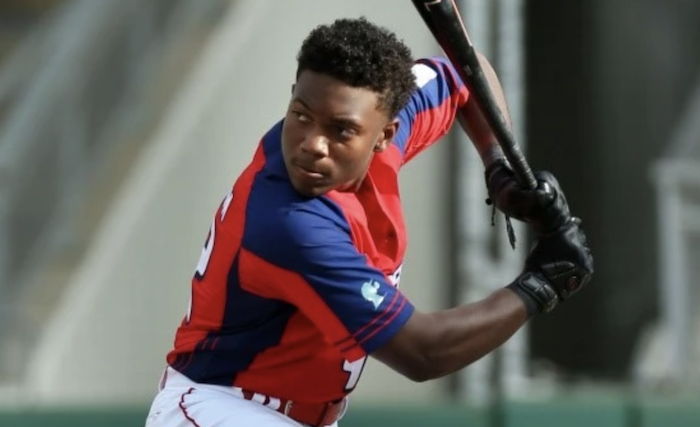 Termarr is special because he is the only one to have already taken BP at Camden Yards. Johnson’s primary calling card is his special bat. Johnson has the best bat speed out of these five prospects. It looks like he is swinging a water noodle in his hands, and the ball goes 400+ feet.

Despite his small size, his power shows up, and he has an uncanny ability to make contact. Termarr makes a ton of contact along with hitting for power; his bat is special.

The problem is everything else. Despite being built smaller, he isn’t very fast, nor is he athletic. He also needs to be a second baseman, because he doesn’t have a great throwing arm. Termarr’s value all comes from his bat, and it is a great bat, but is it enough to overcome his limitations right now?

Unfortunately, an MLB development department can’t fix the limits of his lack of speed and athleticism. Johnson is the lowest of the three for me, and while still a great prospect, I’d easily take Jones and Greene over him. 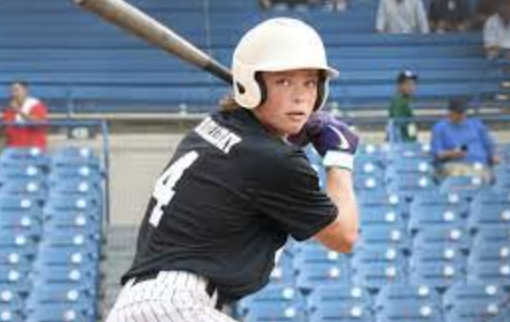 Jackson Holliday is the true wild card here, and a fun prospect to watch. He is the son of former MLB All-Star Matt Holliday. He has a balanced left-handed swing that makes a ton of contact. He just puts barrels on baseballs and drives the ball. He doesn’t have truly elite power, and he can over swing at times, trying to sell out for the power. He does have enough power at this point, though, and he has shown that he can get to it when he needs it.

Holliday has plus speed with good defense at short and great athleticism. He could cost less for the Orioles at 1-1 compared to the other three, which could be a win-win for Baltimore. He is already a better defender than Termarr and has a higher floor than Greene due to his level swing and hard contact ability. I would still take Jones over him, but I might consider him over Jones if I know I can get him at a much lower slot. 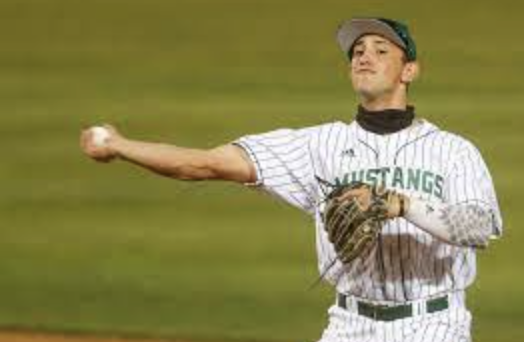 Brooks Lee is the only college prospect on this list. Lee had the potential to go in the first round in Adley Rutschman’s draft class back in 2019 but chose to go to Cal Poly to play with his father, the head coach. Lee has improved every year he has been at college, and he just had his best year. A switch hitter touted for his bat-to-ball skills, he makes a ton of contact, and balances it out by having one of the lowest strikeout rates in this draft class. Displaying an improved walk percentage and on-base ability this year, and with his already good power, Lee has one of the best offensive profiles in this class. The biggest question mark is his defense; at short, that isn’t the greatest. He doesn’t have the best footwork in the world and doesn’t have the arm strength scouts look for. Lee isn’t particularly fast either, so it seems like his best fit would be at second or moving to the outfield (as mentioned, a position the Orioles don’t need right now). Lee is a good prospect and has a high floor because he will move quickly through the system with his offense; I just worry about where he plays long-term and wonder if he fits the Orioles.

So there you have it, the “Mysterious Five” for the Orioles. Come back next week for another Draft article.