With my new rules, Seth Johnson becomes the second-highest pitcher on this list. Johnson was breaking out big time with the Rays until he was sent to the Orioles in the Trey Mancini three-way trade. Johnson has a fastball that reaches 98 mph and a devastating slider. Johnson has the upside of upper tier pitcher that this farm needs right now, with DL Hall not being a prospect and Grayson Rodriguez graduating at the start of the year. If Johnson was so good, why would the Rays (a team that hoards prospects like no tomorrow) trade him, let alone in division?

Well, there is a caveat to all that upside because Johnson had to have Tommy John Surgery after being acquired. He wouldn’t have been available if he was healthy, and won’t pitch in 2023. This is a ranking for next year when he is healthy, and if his stuff is anything like it was before he got hurt, he can be special.

Fabian is a prospect that will create a ton of debate about where he should be on this list. Fabian is a prospect with so much potential, yet has a couple of flaws that will turn some away from him. He is a centerfielder with a strong throwing arm. He is fast, athletic, and will take his walks and hits for a lot of power. Well, this guy has no flaws, so what is up?

His main flaw is the one that will make or break him: his discipline. Fabian will rack up the strikeouts. If he had better discipline, he might be a top 5 Prospect. Fabian has so much raw talent, but those strikeouts are seriously concerning, and his contact ability isn’t the greatest. His positives get him into the top 15, but the flaws keep him out of the top 10.

Haskin had a breakout season in 2022. He makes a ton of contact with his unorthodox swing and will stick in centerfield. With the swing adjustment, the power came big, as he had 45 extra-base hits last year. The issue with Haskin is that he did strike out a bit with a 16 percent strikeout rate, and he didn’t stay healthy enough, as he only played in 108 games. He battled nagging injuries all year until a thumb fracture shut him down in late August. Haskin’s injury and strikeouts aside, he still has to be a top 10 Prospect because of the power he found.

Beavers was a top 20 Prospect in the 2022 Draft for me but fell to the Orioles. His profile is similar to Kyle Stowers‘. He has a long left-handed swing that he uses to generate a ton of power. His swing is much more controlled than Stowers’, but his ability to hit breaking balls is a question mark. Beavers whiffed badly on breaking pitches in college, but that was due to his long hitch, not his discipline. Beavers also plays good defense in right and has a strong throwing arm. The best way to describe Beavers is a less powerful, more controlled Kyle Stowers.

When we last left off, Kjerstad had just made his debut and was killing it before he struggled at Aberdeen. Since then, Kjerstad went out to the Arizona Fall League and dominated, winning the League MVP. Kjerstad just needs development at this point. He had some issues picking up breaking pitches which doesn’t surprise me, considering he lost a year of development. If what he showed in the AFL is true, we will revisit this placement. If Kjerstad develops this year, he can live up to the upside the Orioles saw with him when they took number two in 2020 (albeit it was done to get Baumler and another prospect we will talk about later).

Norby snuck up on me last year. After getting sent to Aberdeen, where he struggled, he broke out with Bowie showing off his improved power. Norby is already a good hitter, but the power is now showing up, which launches him into the top 10. He does strike out a decent amount, and he didn’t make a ton of contact, but he makes enough, and with that power, he fits as a power-hitting second baseman, which is super rare. Norby will probably be locked at second due to his throwing arm and fielding, but that offensive upside at second is so rare that he deserves to be in the top 5, and would be in most organizations.

Ortiz is the highest riser on this list going from seventeen to number six. I was lower on Ortiz because of his offensive profile. He was so bad in the first half of 2022, but then turned into Babe Ruth. I needed to see more from him, and he proved that his offense was here to stay. He killed it at Norfolk, getting on base 40 percent of the time, hitting for power, and making a ton of contact. We already know how good defensively Ortiz is, and this offensive breakout creates one of the best profiles in the farm and the Minors. When Ortiz is right, he is so much fun to watch, because he makes highlight-level plays on defense and can be a good defensive shortstop.

This top 5 is the most loaded I have ever seen from an Orioles farm system. Putting Mayo ahead of Norby and Ortiz might seem aggressive, but Mayo has the best upside in this farm. He was doing well at Aberdeen before he got sent to Bowie, where he only played a couple of games before he got hurt. The injury knocked him out for a month, and he struggled when he returned. If Mayo stays healthy, he could force the Orioles’ hand this year. Mayo’s power is just silly. He has enough to hit 35 to 40 home runs a year. He makes a decent amount of contact and has an insane throwing arm. He made many errors at third, and yes, he will have to get better, but his offense makes up for it. Mayo could follow Gunnar’s track and force his way to majors at a very young age with the Orioles or elsewhere.

Westburg’s best abilities are his hitting ability and versatility. He had 46 extra-base hits in Norfolk last year with an OBP of .361 while slugging .508. He makes a ton of contact as well with his improving power. He did whiff a decent amount which probably is why we didn’t see him in the majors in 2022. Westburg can also play anywhere in the dirt, which might give him a fast track to the majors this year. I don’t think he should start the year at Norfolk and should be given every shot to win that second base job out of spring because he deserves that opportunity.

I love Cowser. After a slow start, he started at Aberdeen but made his way to Bowie, where he annihilated the competition. He had 20 extra-base hits amidst his offensive eruption. He was sent to Norfolk, where he came down to earth a little bit. Cowser has great defense in the outfield and can play anywhere, as he has the reaction time to stick in center and the arm to play in a corner. Like many on this list, he did rack up the strikeouts this year, but he did walk a lot to balance them. Cowser could be up in the majors by May if he performs in Norfolk and look for him to play left field for now, as that is where he fits the best with the Orioles.

It may seem extreme to put Holliday this high, but the tools are there for something special. Holliday makes a lot of contact, and because he made a slight adjustment, the power could be on the way. If this happens, he will easily be the number one prospect in this system, as he also has good defense and speed at short. So if the power comes, we could be looking at a top-tier Player.

It hurts to put Gray Rod on this list. He wouldn’t be here if he didn’t get hurt in June. Grayson is a special pitcher. He has four plus pitches that he can unleash at any time. A 97 -100 mph fastball, a devastating slider, a bunny trick change-up, and a good curveball. Rodriguez will be in the Orioles rotation to start the year, thankfully, but how much do we see of him? Mike Elias has always been careful with him and has never pitched above 100 innings. We might only see 120 or so innings coming off a lat strain. If those 120 innings are as good as Gray Rod can be, don’t ever miss a start because he is exhilarating to see pitch. 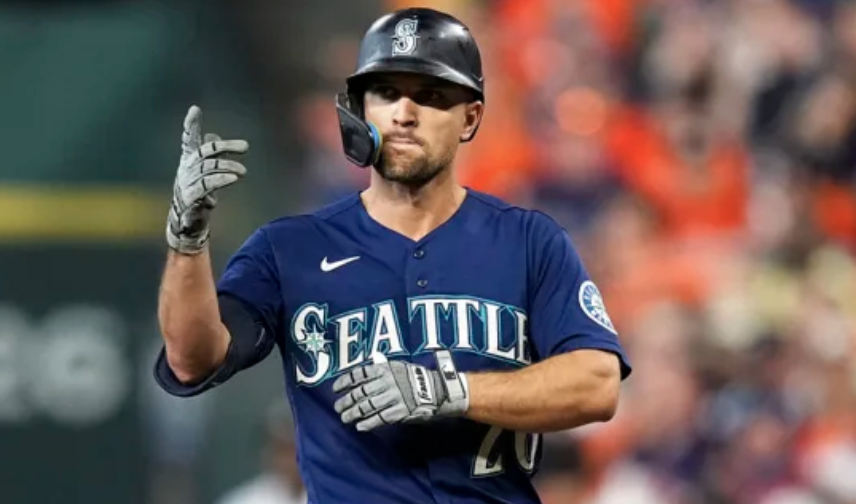 O’s Improve, But Not by Much

It has been a while since my last Winter update. Since then, the free-agent market has dried up, with only a handful of players remaining …