It’s a bit mind-blowing that not long ago the Orioles sat atop the AL East with one of the best records in baseball. Now they sit one game below .500 sporting a pedestrian (35-36) record, tied for last place.

If you stop and think about it, you have to wonder how they were ever 10 games over .500. Chris Davis struggled until he swung-and-missed himself onto the DL. If not for the Boston Red Sox Manny Machado might be near the Mendoza line. “Ace” Chris Tillman was on the shelf. All starting pitching stinks save for Dylan Bundy – and now he’s struggling – and the closer has been MIA nearly the entire season.

Manager Buck Showalter must have majored in “Smoke & Mirrors” and the duct tape he’s used to hold the team together could be a Best Seller on Amazon. But that duct tape is now dry-rotting after being exposed to the harsh elements of a very flawed roster.

The bullpen was once a team strength. Now most are frequent passengers on the Baltimore-to-Norfolk express. They are worn down and beaten by a starting pitching staff that regularly throws 100+ pitches by the fifth inning. Consequently, what was once a strength is now a liability.

The season appears lost and now the organization is forced to make a choice. Are they buyers or are they sellers as the MLB trade deadline approaches?

The optimists among you will sound the buyers’ trumpet. Find a starting pitcher. Get a reliever with a live arm like they did back in 2014 when Andrew Miller was acquired. Maybe even add a bat – a table setter who can help the club manufacture some runs when they confront challenging pitching. After all the team is just 5.0 games out of first place and 2.0 games out of the wild card race and we’re not even at the All-Star break.

But what do the Orioles buy with?

Who do they have on their roster or in the farm system that other teams might view as worth trading for?

Baseball America ranks the Orioles organizational strength at 27th among the league’s 30 teams. In 2016, they were also ranked 27th and in 2015, 28th. In other words, the Orioles have no bargaining power! They have no leverage!

And obviously, based on the above rankings, they have a pretty crappy farm system too.

GM Dan Duquette’s kingdom either drafts very poorly, lacks the ability to develop young players, or both. In what other business can you be as consistently as bad as the Orioles farm hands and not be held accountable?

Many who defend the Orioles will say, “Well at least it isn’t as bad as all those losing seasons” or, “You know since 2012 the Orioles have the best regular season record in the majors.”

Those are the consolations of losers – champions of participation trophies!

Sure, the O’s under Showalter can hang around for a while. They have the big bats that can knock the ball out of the park during the summer months in a sandbox of a stadium? They can flirt with playoff baseball for a bit, but they’ll ultimately fail in the postseason when the pitching is better and the ball doesn’t carry as far given the cooler, heavier air of October.

That’s the time pitching and small ball take over. The Orioles have neither.

And while they’re busy selling, they need to take a hard look at how they identify and groom young talent. The system is off – way off. The “Orioles Way” is lost. Instead of ponying up $161 million for Chris Davis, maybe they ought to invest in the best scouts and developmental personnel in the land. Then, maybe they would have recognized Trey Mancini’s talent and convinced Duquette and Emperor Peter to back off on the Davis contract, one that will be an organizational albatross for years.

Some will say that the Orioles can’t overreact to a bad streak like that which they are experiencing. But even without the bad streak, the team isn’t equipped to be successful in the postseason. They are like the Cincinnati Bengals of MLB.

And maybe that’s all the Angelos family needs to stay happy. Maybe they only need to be close enough to interest the fans and interest companies willing to spend advertising dollars. That cash cow called MASN keeps the family’s financial vessel afloat.

Five games out of first place is the least of the Orioles problems.

The real problems reside in the warehouse.

And it’s been that way for a long time. 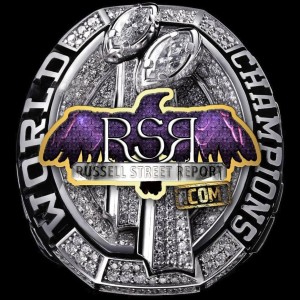