This is the first installation of an off-season series that Eutaw Street Report so kindly took me up on to produce. While I want to jump into the piece, here is a very brief introduction to me and my interest in the Orioles. I am a lifetime fan in my mid-20s; my full-time job is of the investigative variety and there are few activities I enjoy more than solving puzzles: from NYT Sunday crosswords, to serious criminal cases, to those of major league roster optimization. I wanted to do this series for a number of reasons. Namely, this is the most important and fascinating offseason the Orioles have had in close to a decade, an offseason that has the potential for significant free agent spending, multiple trades, and extensions for existing players to be locked up as key cogs for the next great Orioles team.

An examination of roster optimization is an interesting one—I refer to it as a labyrinth because there are infinite positions of proximity to the hypothetical center: an optimized roster. This is to say, successful teams are not identical and consider a variety of team-specific factors such as ballpark context, team pitching/hitting philosophy, and analytic infrastructure in making player evaluations, both in terms of finding good fits for an individual roster and finding optimal fits for the specific player-development apparatus.

The pre-2022 changes to the left-field wall dimensions truly tipped the Orioles’ hands in terms of how they will orient their specific route towards roster optimization; indeed, as a team it makes sense to create a specific ballpark advantage/disadvantage. Whereas other teams can’t build their roster solely to function optimally in your ballpark, the Orioles can tailor their roster to be optimized in the dimensions of Camden Yards.

In loose terms, this means favoring left-handed pull-power over right-handed pull-power, and focusing on left-handed starting pitchers, to entice your opponents to go righty-heavy in their lineups against you (in the future, I’ll break down this method of targeting more specifically). Furthermore, syncing the dimensions of the ballpark with developmental objectives for players, ergo, Connor Norby improving his opposite field power (he did), and Colton Cowser going from an opposite field hitter in AA to a lefty pull-power guy in AAA (he did, though in a small sample size) further underscores the alignment of team-specific factors towards roster optimization.

In this sense, it’s no surprise that Orioles twitter (myself included, @AngelusNovus3)) has floated Carlos Rodon and Joc Pederson as prime free agent targets. Based on baseball savant’s expected HRs by ballpark, Camden Yards would have been the most favorable destination in the MLB for Pederson’s 2022 batted ball profile (six additional HR). For Rodon, his HR total would have decreased by about a third. While this is not an all-encompassing stat that doesn’t consider only half of a player’s games are played at home, it is a good baseline metric to see how players are impacted by the new dimensions.

I wanted to first take the idea of optimization and answer a popular question about the Orioles offseason. If they decide to get involved in the top rungs of the market, should they focus on middle infield options (Carlos Correa, Trea Turner, Xander Bogaerts, or Dansby Swanson), or starting pitching (headlined by Justin Verlander, Jacob deGrom & Rodon)?

Let’s do a little test study, with middle infield as our guinea pig and Bogaerts as our splurge signing.

First, we must answer the brass tacks question of what Bogaerts will cost. I’m not going to go too deep into this, but just a back-of-the-napkin estimate has him somewhere between $25-30 million per year for five or six years. We’ll call it six years $175 million, although there’s probably a +/- 1 on the years and +/- $25 million on the dollar value.

If the Orioles increase to, say, a middle of the road payroll of $160M (this actually still seems too high, so let’s say 140 for next year, an increase of about $80 million), Bogaerts would occupy something like 20% of the payroll.

By baseball reference, Bogaerts was a 5.7 WAR player last year, which would have been good for first on the Orioles.

In a vacuum, this sort of expenditure doesn’t seem unreasonable.

However, the next couple questions, and the comparison to spending similarly on, say, a starting pitcher, is where the argument for splurging on one of the top middle infield options falls apart.

In regard to question two, we all know what’s coming. Going from Fenway Park, which is among the most appealing destinations for right-handed (pull) power, to Camden Yards, would be devastating for Bogaerts’ power output, which already suffered with the deflated 2022 ball.

Of the 15 home runs Bogaerts connected for in 2022, only eight would have left the park in Camden Yards, the lowest of any ballpark in all of baseball, an almost 50% decrease. Yikes. Considering that with the potential for some offensive and defensive decline over the course of the contract, you might be paying $30 million a year for an 8-12 HR hitter with a high average, and good, but not great defense in the middle infield.

Paying for anything other than ELITE right-handed pull power is one of the easiest blunders to avoid for the Orioles in 2022 free agency. Even a plus-plus righty power bat like Ryan Mountcastle suffered severely from the new left-field dimensions (he would have popped 36 in Houston and 40 in Cincinnati, compared to the 23 he put up in Baltimore).

There’s only one right-handed hitter with such overwhelming power that he would still be worth a significant expenditure by the Orioles, and he’s made his verdict pretty clear about the O’s left field dimensions. He doesn’t need any more time to deliberate in his chambers.

Don’t judge me for the puns!

I can already see the counterarguments: “Well the Orioles can’t just completely avoid right-handed bats!” Of course they can’t. But to make up for the inevitable decline in pull power for right handed hitters, the Orioles should target (or choose to retain instead of trade) players that offer value elsewhere, meaning plus defense, baserunning value, and opposite-field power. Jorge Mateo is an excellent example of this, as he is among the best in baseball in the former two categories. Conversely, Jordan Westburg looks like a prime trade chip based on his reliance on pull-side contact for his power totals, paired with his more average defense and baserunning (more on this in a future piece, and how this compares to Joey Ortiz and Norby).

This is a good segue to the third category of examination. What value does an improvement in middle infield bring to the Orioles compared to a similar improvement at starting pitcher? How do internal options stack up?

This can be a somewhat tricky question to answer because it depends on internal evaluation that the average fan/writer isn’t privy to. That being said, we have to try.

Off the bat, the Orioles could certainly go into 2023 with Gunnar Henderson at third, Mateo at short, and Ramon Urias at second. Plus to plus-plus defenders at every position is a good place to start. Focusing specifically on Mateo (3.3) and Urias (3.6), you’re looking at approximately a 2-2.5 WAR upgrade if you charitably think Bogaerts can replicate his 2022 production (5.7 WAR) despite the new ballpark constraints. Because I don’t think this is the case, I’m going to roughly estimate an upgrade of 2.0 WAR.

One of the interesting parts at upgrading at starting pitcher over middle infield is that the former runs five deep whereas the latter runs two deep (as far as starters). So whereas at starter you can replace the 5th worst pitcher, at infield you’re replacing an already solid regular. In this sense, something like Rodon (5.4 WAR) over Jordan Lyles (1.0) looks like a much larger improvement (4.4) than the (2.0) middle infield improvement.

So, going into (what I hope is) several other pieces that examine Orioles roster optimization this offseason, the crux of my evaluation will focus upon finding free agents and trade candidates who the Orioles could optimize in their specific ballpark and roster context, and avoiding/trading players who are poor fits for OPACY context and developmental priorities (i.e.  optimizing swing decisions).

I’d love to hear any fellow fan feedback and am excited to be along for the ride! 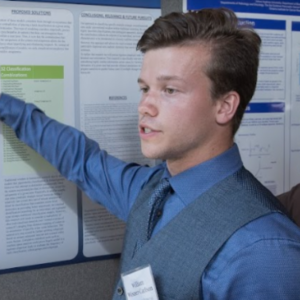 I am a lifelong Orioles fan in my mid-20s. My full-time job is of the investigative variety and there are few activities I enjoy more than solving puzzles: from NYT Sunday crosswords, to serious criminal cases, to those of major league roster optimization. I'm excited to write some reflections about the Orioles and to experience the next great Orioles team over the next decade!

Following one of the most surprising seasons in recent memory, the Orioles entered the offseason as a team that everyone was watching. Many people felt …

The Baltimore Orioles threw their hats into the free agency ring Saturday, signing veteran Kyle Gibson to a one-year deal. Money hasn’t been disclosed yet …

I hope everyone has enjoyed this off-season outlook series because I certainly have. It is fun to have a young competitive team that seems to …

Facts About the Baltimore Orioles & Their Impact on Baseball

Baseball is America’s greatest pastime, and the Baltimore Orioles is one of the most popular teams, with crowds rushing to see them play on the …

Earlier this week, I wrote an article that a lot of people didn’t like. They didn’t like the message of the team not spending, and …