We’ve heard all the complaints about the lackluster offseason the Orioles have had to this point. Pitchers and catchers reported yesterday, and the biggest news from the warehouse since the final game of last season has been the announcement of the agreement (pending a physical) with Korean pitcher Suk-Min Yoon, a former Korea Baseball Organization MVP and All-Star coming off a season plagued by a shoulder injury.

Could this ball club have done more to improve?

Does the Yoon signing change the Orioles’ stance that they need to acquire a proven veteran starter?

It sure as hell shouldn’t.

The Orioles may not be done adding to the roster. Dan Duquette has stated the payroll will be around $100m this season. Currently, even after Yoon, it sits in the $83m range.

I have been as outspoken as any about this offseason. We fans have a right to be upset because this team is only a couple of moves away from being a serious contender, yet their biggest acquisitions have been a fourth outfielder who played 96 games last year, a down-on-his-luck second baseman in exchange for our All-Star closer, and a pitcher with a bum shoulder who has never thrown a major league pitch.

When your team is sitting home in October, as we know all too well in these parts, it’s easy to look at the negatives. But the bottom line is this: fans in Baltimore need to take a step back from the ledge. How easily we forget the positives.

This is a team that won 85 games last season despite blowing 27 saves, third most in all of baseball. A team that set the major league record for errorless games and fewest errors in a season. A team that featured three Gold Glove winners and six finalists, including the Platinum Glove winner for best defender in the league in Manny Machado.

This is an offense led by three silver sluggers, the MLB home run and RBI champion, a centerfielder who sets a new career-high in home runs every year that also finished third in the AL in RBIs, and a phenom third baseman that led the AL in doubles. And that’s not even including Nick Markakis, who is fully healthy for the first time since 2011, or Matt Wieters, who hits 20+ home runs every year while playing arguably the best defense behind the dish in either league.

Did everybody forget that not that long ago we were stuck watching the likes of Sidney Ponson, Geronimo Gil, Jorge Julio, Cesar Izturis and Jay Gibbons while the upper-up’s tried to convince us that starters Hayden Penn, Adam Loewen, Damian Moss and Matt Riley were the next ’71 Orioles? I sure didn’t forget.

Yes, there are holes. David Lough, in my eyes, is unproven in left. We don’t know what we’re getting from the DH slot, who’s playing second base, or who is pitching the ninth. We have an idea, but no clear answer. Davis, Wieters, and Markakis could all be gone by 2016.

The starting rotation is a question mark. Every guy that is projected to be in the rotation is capable of putting up an ERA of 3.50, but also one of 5.30. There is no veteran presence to slot behind Chris Tillman, Wei-Yin Chen is coming off knee surgery, Bud Norris was shut down last September because of elbow discomfort, and Miguel Gonzalez still needs to figure out how to pitch past the sixth inning.

But it’s February 13th. Pitchers and catchers just reported. We’ve all watched this game and followed this team for too long to think this is the team we will see on Opening Day. In 2012, most things bounced the Orioles way. In 2013, despite having a better team, they came back down to earth. Take solace in the fact that we’re all about to watch a third straight season of winning baseball. Five years ago, we would have signed up for that in blood.

And who knows, maybe we’ll get a few lucky bounces. 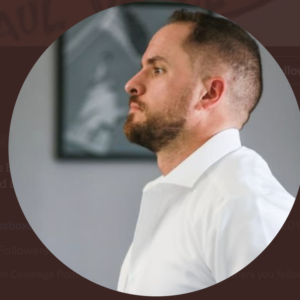 Paul hosts The Bat Around and is the producer of The Glenn Clark show, both on Press Box. He also hosts Give that Fan a Podcast with Ryan Blake on Eutaw Street Report.

Following one of the most surprising seasons in recent memory, the Orioles entered the offseason as a team that everyone was watching. Many people felt …

The Baltimore Orioles threw their hats into the free agency ring Saturday, signing veteran Kyle Gibson to a one-year deal. Money hasn’t been disclosed yet …

I hope everyone has enjoyed this off-season outlook series because I certainly have. It is fun to have a young competitive team that seems to …

Facts About the Baltimore Orioles & Their Impact on Baseball

Baseball is America’s greatest pastime, and the Baltimore Orioles is one of the most popular teams, with crowds rushing to see them play on the …

Earlier this week, I wrote an article that a lot of people didn’t like. They didn’t like the message of the team not spending, and …