5 Things I Learned About the Orioles in 2015

To save a little time and energy, I decided to focus on five specific points that have been running through my mind as the season came to a close. Some are opinion-based, some are fact-based, and all are reflections on a very mediocre 2015 campaign.

In no particular order…

Machado and Schoop need to be locked down long-term

We as Orioles fans have had the pleasure of watching a couple young prospects develop into absolute studs. While I’d love to be able to say this about some of our pitchers, this time, I’m referring to our future middle infield.

Both Manny Machado and Jonathan Schoop have put together fantastic seasons since coming back from knee injuries. While Machado’s stands out more considering Schoop missed half the season with an MCL sprain and PCL tear, the young second baseman’s stats should not be overlooked.

That projects to 28 HR and 73 RBI over a full season. Not too shabby, Mr. Schoop.

Coming off a 2014 season in which he hit .209 in 455 at bats, we have seen Schoop make better contact and hit to all fields a bit more this year. He is pulling fewer ground balls and hitting more line drives the other way as compared to last season. Although his plate discipline hasn’t improved very much – only nine walks this season – he appears to have gotten a little better at laying off bad pitches and that should only improve as he continues to develop.

I truly believe that signing Schoop to an extension will entice Manny to stick around for the long-term. The bond that those two share after coming up through the Orioles system together is really something special. If you need proof, just watch the video of Schoop’s walk-off home run against the Nationals. Machado’s sheer elation after his buddy’s big moment made me believe in love again.

Machado has made it clear that he loves this organization and wants to stay here but we have to show him the money. It’s a little bit too late to extend Machado at a discount but I think it can be done with Schoop and I believe we should do it before his value rises even more. Those two are key pieces to our future.

Davis is worth all of the money

A year ago, the Orioles lost a valuable presence in their lineup. Slugger Nelson Cruz signed with Seattle, leaving the O’s without the reigning MLB home run leader. This year, we face a similar situation with first baseman Chris Davis. Davis’ contract has expired and he is ready to test the free agent market.

Not only has Davis led the Orioles in home runs in three of the past four seasons, including twice as the MLB leader, but he also plays a very good first base and consistently comes through in big situations on offense, highlighted by his three walk-off hits (two HR) this season. His one downfall is the number of strikeouts he records but, for all I care, he can strike out 800 times if he’s hitting .260 and pushing 50 homers every year. That type of offensive production is simply irreplaceable.

Davis is going to get paid this offseason, and he is going to get paid a lot. The only question is which team will pony up millions of dollars for The Big Fella. He should be the Orioles’ top priority this offseason. Just ask Adam Jones; he’ll tell you. Although it is unlikely Peter Angelos opens his wallet and throws $150M+ at Davis, it would be a mistake to not at least try to re-sign him.

Britton is the best closer in baseball 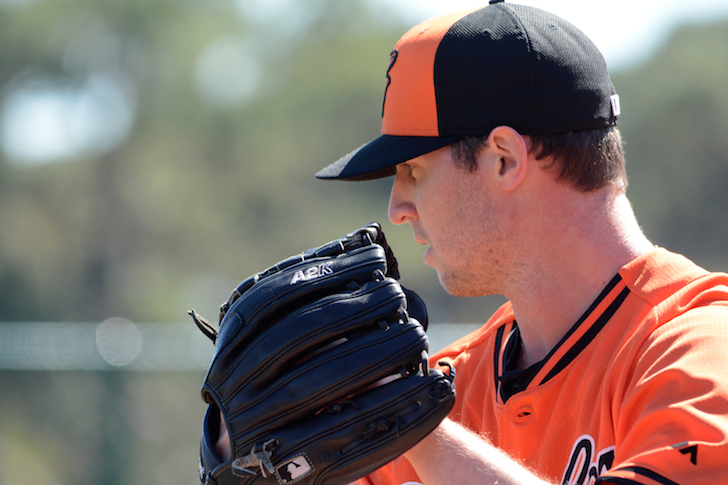 I don’t care what any statistics say; nobody is going to convince me that Zach Britton is not the best closer in the MLB.

We have watched Britton’s transformation from a top prospect to a mediocre starting pitcher to a dominant closer. His “97 with sink” fastball is nearly unhittable and is one of the filthiest pitches in the game today.

Britton ended the 2015 season with 36 saves and a 1.92 ERA over 65.2 innings pitched. He blew only four saves on the year and I would like to show you the play-by-play for each of those games.

Notice a common theme? Seven infield singles over 3.2 innings pitched. It’s a pretty good problem to have when your closer’s Achilles heel is a weak ground ball.

While we’re on the subject of ground balls, here’s a crazy stat for you. Britton’s ground ball to fly ball ratio in 2015 was 4.27, according to baseball-reference.com. Since they started calculating GB/FB in 1988, the next closest for any pitcher who recorded more than 10.1 innings pitched in a season is Brandon League’s 3.16 GB/FB ratio in 2006. If there was ever a time to use “ridonkulous” as an adjective, it’s right now. Zach Britton’s sinker is ridonkulous.

With all of this taken into consideration, I would take Zach Britton as my closer over anybody in baseball. Yes, even Andrew Miller.

FIP is real, and it is terrifying

Over the past few seasons, Orioles starting pitching has been uncharacteristically good. This has been largely due to the stellar defense around the diamond.

FIP (fielding independent pitching) is a statistic that essentially measures what a pitcher’s ERA would be with league average defense. It is widely regarded in the sabermetric community as a better representation of a pitcher’s performance than ERA shows.

Since 2012, O’s starting pitching has generally had a much higher FIP than ERA. Chris Tillman and Miguel Gonzalez have been two of the biggest examples. Take a look at their respective stats from 2012-2014:

For a while, I was a nonbeliever in FIP. I thought it was bogus and that our pitchers were simply underrated. This year, I learned that FIP is real and it certainly showed itself.

“There is something to be said about a pitcher (Miguel Gonzalez) who has a career ERA of 3.45 in over 400 innings,” I wrote before this season, noting that Miguel’s FIP was rather high. This year, Gonzalez and Tillman were bitten by the FIP bug. Miguel’s 4.91 ERA this season was just a hair better than Tillman’s 4.99. The only worse starting pitcher was Bud Norris, who was designated for assignment at the trade deadline in July.

Losing Nelson Cruz is not the reason why the Orioles missed the playoffs this season. The starting pitching was, for the most part, awful. No pitcher threw a complete game for the first time in Baltimore Orioles history. Wei-Yin Chen was our only consistent starter.

2015 made me realize that our starting pitching simply is not all that great.

That really says something about the way the Orioles develop their pitchers.

Arrieta always had the “stuff.” Coming out of the draft, he was projected to be a solid number two or three starter, and maybe even an ace. Rather than coaching to his strengths, the O’s staff tried to change him into a completely different pitcher. They failed to refine his cutter and altered his delivery. After his trade to Chicago in 2013, he was able to revert back to his old ways, pitch how he wanted, and continue to develop his cutter/slider, which is now his most effective pitch.

Jake Arrieta is not the only example of someone who was supposed to be good as an Oriole but failed miserably here. Brad Bergesen, David Hernandez, Matt Hobgood, Radhames Liz… I could go on but I’ll spare you all and myself the agony.

Kevin Gausman is the new phenom, and even he has struggled at times. Only Kevin knows how much of this is due to the constant flip-flopping between AAA Norfolk and the MLB but regardless, he is not yet the stud he was supposed to be. Dylan Bundy and Hunter Harvey, though battling injuries, are other young pitchers who are supposed to be good but have yet to show very much promise.

I’m no coach and I really don’t know what happens behind the scenes. All I can tell you is that something is clearly not working with the way the Orioles develop pitchers.

*As always, feel free to leave feedback in the comments or find me on Twitter @ryguyblake. 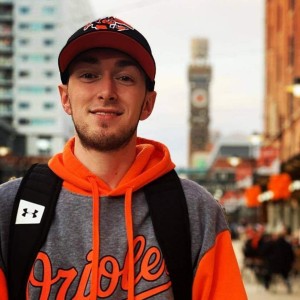